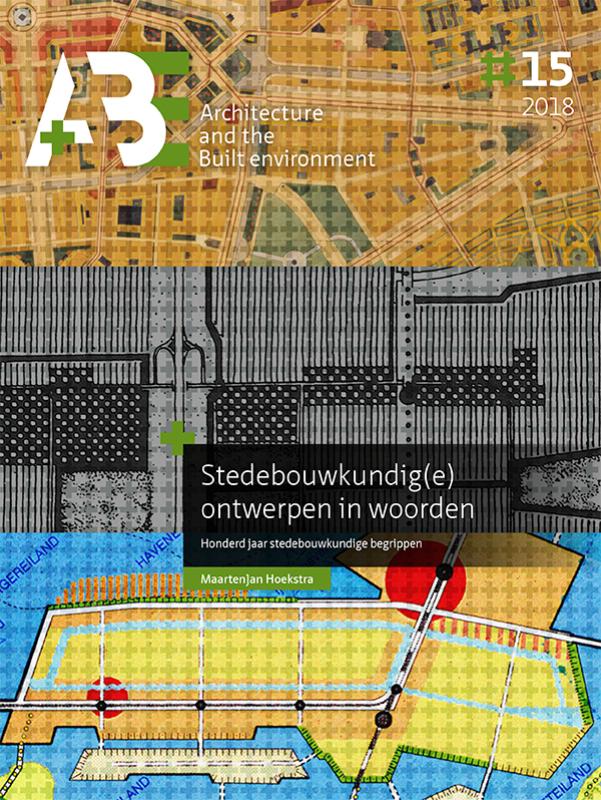 The realisation of an urban design involves many players, such as designers, critics, politicians, journalists, public relations specialists and residents. In order to consult with each other they make use of drawings, but also frequently of words, to be able to interpret the drawn objects in the plans. But are these urbanistic notions used by everyone in the same way? And have there been noticeable changes in their usage or meaning over time? This urbanistic and linguistic doctoral research addresses these questions.
To define the scope of the research, words have been selected that refer to concrete, physical design phenomena in three so-called semantic fields: the structure of the city plan (for example, stad [city] and buurt [neighbourhood]), types of public spaces (for example, straat [street] and park [park]) and types of buildings (for example, huis [house] and winkel [shop]). As a further restriction, the use of such words has been investigated in texts written by five types of actors: designers, colleagues, politicians, journalists and (if present) public relations specialists. In order to connect the research to design practice, case studies were carried out on three comparable designs (extension plans) for the city of Amsterdam, each representing a different social context: Plan Zuid (1900-1917), Bijlmermeer (1962-1968) and IJburg (1995-2003).
Using theories from semiotics (the ‘study of signs’) a conceptual model is presented which can be used to describe urban design notions. This model is shaped like a rhombus, with the linguistic sign (word) on the left and the visual sign (drawn object) on the right. The meaning is given at the top and the (built) object in reality is at the bottom. The latter is not of particular importance in this study, however the meaning is all the more important: this can be further divided into the physical abstraction on the one hand and the subjective concept on the other. This last component in particular can differ among various actors, for instance due to the actor’s motive and the frame of associations that the word evokes.