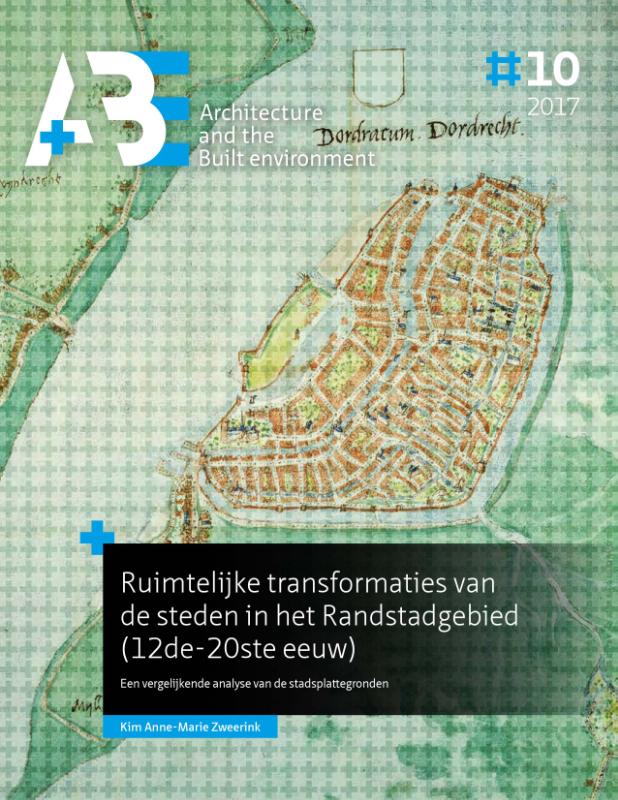 In this issue of A+BE (written in Dutch), the transformation of the form of nine cities in the Randstad between 1250 and 1940 in relation to changes in infrastructure is central, namely Utrecht, Dordrecht, Leiden, Haarlem, Delft, Gouda, Amsterdam, Rotterdam and The Hague. Within this time span, three periods of great spatial dynamics are identified, namely the period 1240-1450, 1580-1680 and 1870-1940.

Comparing the city maps with each other, they made a development from uniformity to diversification to levelling between 1250 and 1940. Typical for the spatial development was that in the first period urban centres were created in which the various urban functions were concentrated. In the second period, specialization took place, in addition to strengthening the regional market function in the late medieval centres, functions were moved to the city edges. In the third period, the international goods transports continued to be moved out of the late medieval centres. In addition, the routes between the central station and the centers were a centres shopping area, passenger flows determined the spatial configuration.